This is Part 1 of a multi-part series on how binocular vision affects reading ability. Check back soon for part 2!

I initially spoke to James Blaha after stumbling on his IndieGogo campaign back in 2013.  His partner, Manish Gupta, was visiting Michigan at the time and was staying near my practice.  We met up for coffee and discussed the past, present, and future of Vision Therapy (VT) and brainstormed ideas of integrating it with Virtual Reality (VR).  We envisioned the same ideology, and that was to bring VT to the 21st century and provide treatment to patients without access to vision care.

Prior to advising for Vivid Vision, I had finished a residency in Vision Therapy and Neuro-Rehabilitation.  My first exposure to VT was during a pediatric rotation as a student.  I started seeing a correlation with vision disorders and poor school performance.

One of my patients, Robert, was diagnosed with intermittent exotropia at his initial examination [Fig 1].  He would often complain about his eyes going “crazy” while he reads.  Part of our vision assessment included an extensive visual processing examination.  Although Robert excelled in almost all areas of the tests, he struggled the most with reading efficiency. 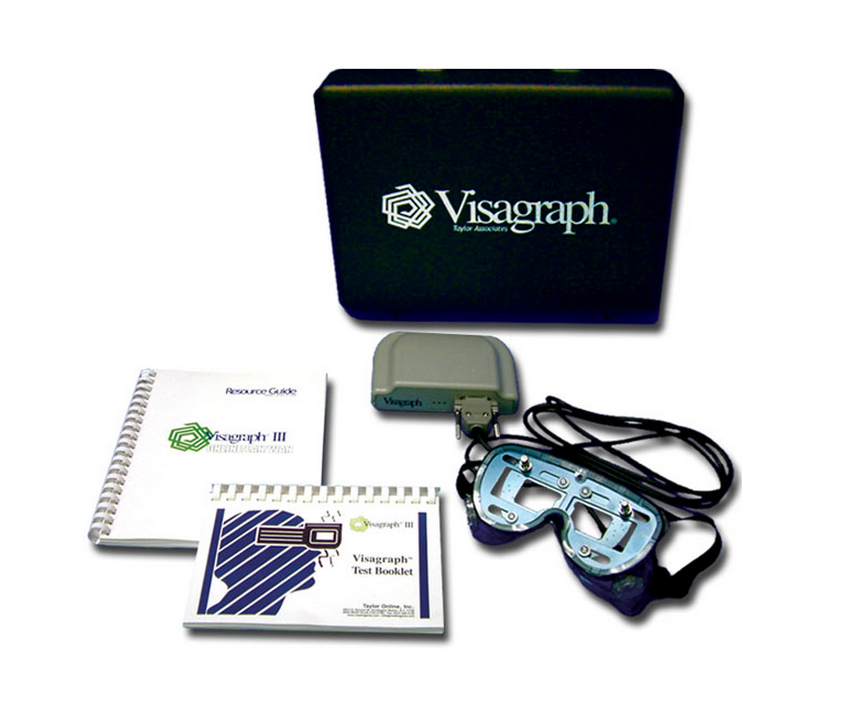 I tested Robert’s reading using a device called the Visagraph  [Fig 2].  The patient wears a pair of glasses with infrared sensor to monitor eye tracking as the patient reads a story.  The device graphs the patient’s saccades and pursuits while measuring how often they re-read a word or skip a line.  In the case of Robert, his results tells us a different story. 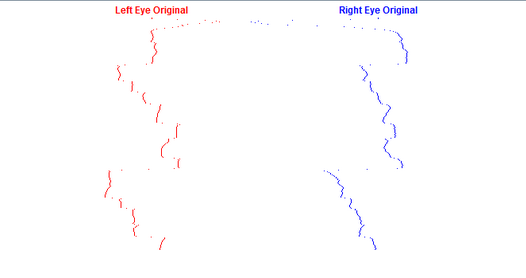 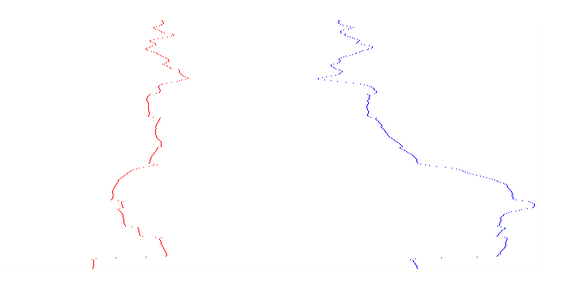 At the beginning of the Visagraph test, both of Robert’s eyes are tracking together normally [Fig 3].  Roughly 1 minute into reading, his right eye starts to drift outward, but Robert is able to regain focus [Fig 4].  At the 2 minute mark, his right eye is completely turned outward and he is only using his left eye to read [Fig 5].  Robert’s eyes going “crazy” was due to his right eye becoming strabismic while reading.  He was experiencing blur followed by double vision, which was causing him to lose his place.

After 6 months of VT, Robert is no longer strabismic [Fig 6].  He was reading more than 5 grade levels higher with greater than 90% comprehension compared to when he first took the Visagraph test.

Eye tracking and focusing vastly improves if both eyes are playing together rather than separately, which is often the case of strabismus.  In essence, two eyes will always work better than one.  If there is one thing to take away from Robert’s case, it is to remember that strabismus affects school performance in ways that you might not expect.  Some signs to watch for is head tilt, covering of one eye, headaches, blurred or doubled vision, or words jumping on the page. 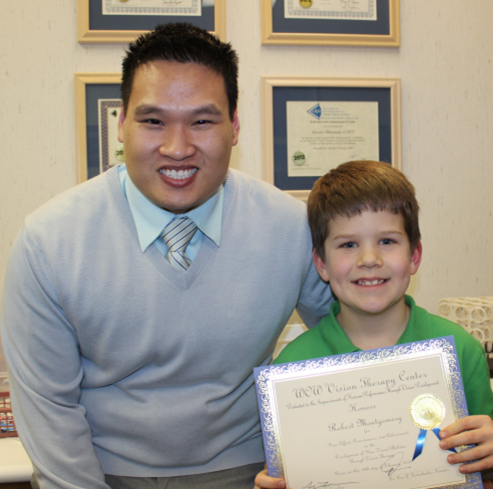 This is Part 1 of a multi-part series on how binocular vision affects reading ability. Check back soon for part 2!

Over 475 Vivid Vision Providers prescribe virtual reality alongside patching and vision therapy to treat your lazy eye. Sign up through our doctor locator to see if Vivid Vision is right for you.