Hitting a pitched baseball has been described by some as one of the most difficult tasks in any sport. In particular, batting is an activity that has rigorous demands for eye-hand coordination, requiring concentration and good visual acuity as well as depth perception. 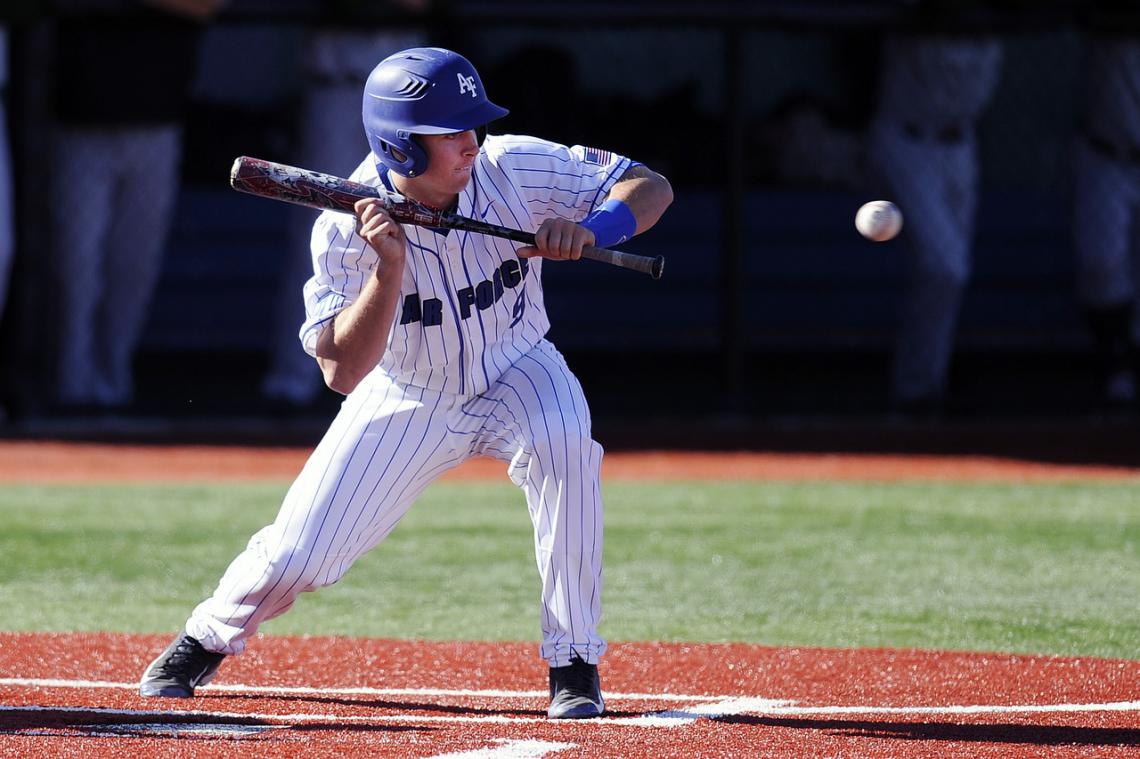 Baseball is a very visually demanding sport, regardless of the position played. Athletes who play baseball at the elite level must not only have exceptional visual acuity; they must also possess superior visual skills and have the ability to process what they see more quickly and more effectively than average players (i.e., an outfielder tracking a fly ball). (1)

Studies have shown that professional baseball players have excellent visual skills. Mean visual acuity, distance stereoacuity, and contrast sensitivity are significantly better than those of the general population.(2)

Eye-tracking and focusing flexibility, the ability to keep both eyes working in unison as they track rapidly moving objects, is one of the most important skills to master for the game of baseball. Improving your ability to keep your eyes fixated on the ball, right up to the point of contact, will make you a better and more consistent hitter/fielder. If you take your eyes off the ball before impact with the bat, or before it's in your glove, the eyes will lead the head, body and hands out of position. (1)

Eye alignment can impact your perception of where the ball is in free space and subsequently impact the timing of your actions. If the eyes aim in front of the ball, this can result in an early swing, a ball thrown short or a glove placed in front of the ball; if the eyes aim behind the ball, this can result in a late swing, a ball being over-thrown or a glove placed too far forward. In both cases, players with poor eye alignment are likely to exhibit inconsistent performances. (1)

In baseball, the ability to anticipate the exact moment to swing may be directly linked to your eye alignment and depth perception as much as your skill at swinging the bat. If your eyes are not pointed precisely at the distance the ball is, your brain perceives it at a different distance than it is. If you perceive the ball closer, you will swing early. If you perceive the ball farther, you will swing late. (1)

The ability to maintain a high level of focus on a specific task or key target, in spite of distractions, while also maintaining total awareness of what is happening peripherally, is an important skill to master.

When you commit an error on an easy ground ball it may be that you are distracted by things that are happening around you. Our eyes normally react to anything that happens in our field of vision, such as spectators or other participants. It’s important to filter out these distractions and stay focused on the ball.(1)

This is another vitally important visual skill for a baseball player. An outfielder must have the most highly refined depth perception of any player on the field as it is essential when judging an arc of the ball, when overhead catching, and when throwing the ball accurately.

But it's also crucial for the batter as it will help him/her to recognize the spin of a curve-ball or the speed of a fastball right out of the pitcher’s hand instead of well after the release and at the velocity that pitchers throw, those extra feet are critical.

It helps the pitcher to locate their spots better; balls hit in the gap are easier to pick up for outfielders. Infielders can make more skilled plays by seeing the ball off the bat quicker. (1)

Vision in motion, or the ability to see, interpret and react instantaneously to a rapidly moving object, while you, the observer, are also in motion is the single most important skill a baseball player needs to have the competitive edge.

On the professional level, a pitch may come in anywhere from 80-100+ miles per hour. If it is thrown at 80 MPH, it will take 4/10 of a second for the ball to reach home plate. It takes 2/10 of a second to just swing the bat, which leaves the batter less than that amount of time to decide whether to swing at the ball. Hall-of-Famer Ted Williams, perhaps the greatest hitter of all time, said that he could see the spin on the ball from the time it left the pitchers hand. Only great dynamic acuity would allow him to do that. (1)

Swinging a “round bat at a round ball” and making contact with that 'sweet spot' that will allow the batter to hit a home run or even a multiple-base hit, is an incredibly difficult skill and if the player can do that on a consistent basis, he/she has great eye-hand coordination. But beyond that, this skill is also important to catching and fielding the ball, whether it’s in the air or on the ground.(1)

A well-developed peripheral field helps the athlete to see everything at once, to maintain the whole pattern, to sense the flow of the play, even as they move within it. The catcher must be aware of every base runner so that he/she can make the decision to throw the ball or hold onto it. The pitcher must be aware of what's happening on first when he/she's getting ready to throw so that they can try to catch a runner on the way to second, etc. (1)

This is the amount of time that it takes to process the visual information, make a decision and initiate a physical response. It’s the filler between the 'read and react' in every dynamic pursuit. In other words, once we have read the play, we need to process what we've seen and make a decision so that we can react, hopefully in an effective and timely manner. Increasing the speed of decision-making and the consequent initiation of a player’s physical movements will make their responses faster and more effective. (1)

Visualization is the act or process by which one creates a visual image based on his/her recollection of visual memory of an object, location, event or action. Visualization may serve as a training procedure, a mental rehearsal of a performance. It is a physiologically learned skill, and as such, visualization helps to shorten the learning curve.

Research suggests that mental imagery can produce certain changes in visual motor coordination that persist even after the images are no longer formed. The findings also suggest that the utilization of mental imagery, to precipitate such changes, may have important practical implications. Picturing a movement pattern in your mind prepares those muscles to make that exact movement. This process may be most applicable to the pitcher as he can mentally rehearse a perfect slider or fast ball, etc. (1)