I remember when my daughter, Jillian, came home from preschool with a pink slip indicating she had passed the school vision screening. I put it aside thinking it was nice of the school to do a vision screening, but I knew her vision was fine because our pediatrician had said so.

The following year, at the age of five, Jillian had another vision screening at her pediatrician’s office, and I was told she was fine. We discussed that she might have a couple of developmental delays because she had trouble using scissors, writing her letters, tying her shoes, etc.

She should never have passed four vision screenings

But, we were all very mistaken regarding Jillian’s vision. She had amblyopia in the right eye. This meant that she was essentially legally blind in that eye and she should never have passed four vision screenings. I should explain, for the vision screening, Jillian was first instructed to read the smallest line with both eyes open. They had her repeat this with her left then right eye covered. Because she thought the point of the test was to memorize and recite the letters, she was able to pass the screening regardless of her vision.

She wore a patch for 11 hours a day for three years.

After being diagnosed with amblyopia, she started treatment under the care of an ophthalmologist. We were told that the only option was to patch the good eye and force the weak one to work. She wore a patch for 11 hours a day for three years.

When Jillian had completed her three years of patching, the real deficits of her vision became glaringly obvious. She could not keep up with school assignments. She was embarrassed by her handwriting compared to other classmates.  She was terrified in PE class and could not read music. I searched for an answer for Jillian and was tremendously blessed to discover vision therapy. 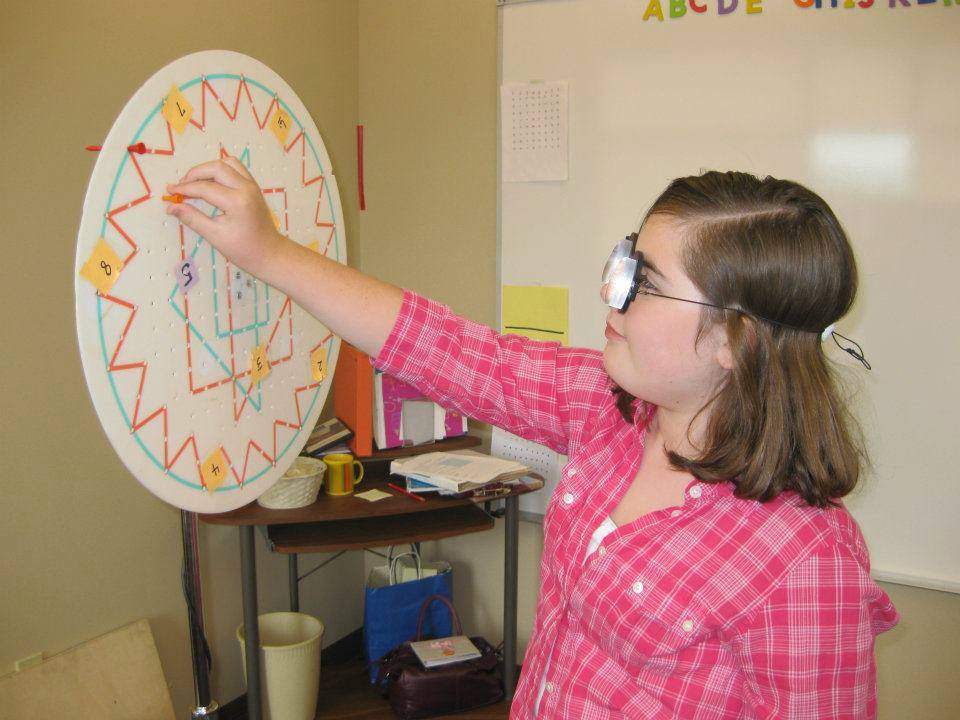 At our initial visit with a developmental optometrist, we learned that Jillian had double vision. The comprehensive eye exam showed she had no depth perception, reduced peripheral vision, and her eyes were not tracking and teaming together. All tests came back in the lowest category of “poor” except for her focus ability and that was given a simple “good.”

My child went from a little girl who thought she was dumb and without talent to a young lady with the goal of becoming an optometrist.

I discovered that more than 80% of learning comes through the visual system. As Jillian went through 15 months of vision therapy, I watched her learn, grow, and develop in a way that still blows my mind. She started as a 4th grader with C’s and D’s to now a college sophomore with a 3.8 GPA. My child went from a little girl who thought she was dumb and without talent to a young lady with the goal of becoming an optometrist.