As part of our Vision Therapy Success Stories series, we interviewed Keenan. Keenan was diagnosed with amblyopia as a child and did patching as advised by his ophthalmologist. He was thrilled when he was told he could stop wearing the patch but the reason was that he'd achieved as much improvement as possible. He still had no depth perception, his visual acuity in the amblyopic eye was 20/100, he was uncoordinated, and he had to work very hard to maintain performance in school. After finding vision therapy and using Vivid Vision, Keenan is reporting life-changing results!

Keenan is a 27 year old from Chicago and a huge fan of technology and innovation. He said, “I am excited about new technology. It’s especially appealing when you find something that makes things better for people on many levels. I love finding solutions to problems and that is how I discovered Vivid Vision.”

Diagnosed with amblyopia as a child, Keenan recalled going to the doctor. “My amblyopia is the result of an almost imperceptible inward turn of my right eye called micro-esotropia,” he said. “My ophthalmologist prescribed patching and I had to wear a patch over my “good eye” with the goal of forcing the “weak eye” to work. I absolutely remember wearing a patch to first grade and, although I wasn’t teased about it, I remember feeling different. I couldn’t wait to take the patch off despite that fact it really hurt to peel it off my face. I complained about it to my parents, to my doctor, always asking when I could stop patching,” he added.  He was relieved when the day finally came for him to cease patching; although, the reason was due to his vision not improving beyond 20/100. There was no referral to vision therapy and he and his family assumed his vision had improved as much as possible.

Amblyopia is an ambient burden....Your life is subtly stressful in ways that you don't even attribute to your amblyopia.

Keenan said he proved to be a good student in the years following patching. “Overall, I was a good student in school, but I learned to tune out and eliminate anything that was distracting.” Keenan said he used the same technique with his college studies. “College was so freeing for me in that I had some control over my schedule, my classes, but I would study for hours at one time. I was really good at shutting out my friends and the external world. My extreme motivation led to extreme compensation, which is feasible for the short term, but you can’t live your whole life like that,” he shared.

In 2013, following college graduation, Keenan discovered Vivid Vision while searching the internet for information about technology and amblyopia. “I was really impressed that a man with vision problems developed the company. Virtual reality seemed like a genius solution to a problem of not having your eyes work together."

“Before starting Vivid Vision, I had 20/100 vision in my right eye and 20/20 in my left eye. Worse yet, I had zero depth perception. I started Vivid Vision while I was studying for the GMAT, which is an MBA entrance exam. My verbal GMAT score jumped as a result of the treatment. On test day, my eyes were flying from left to right like never before. I nearly aced the verbal section and got a great score overall! My computer broke a few days later and I stopped treatment,” Keenan said.

About a year later, Keenan enrolled in vision therapy with a local optometrist who uses Vivid Vision. “Within just a few months, I realized so many improvements. The vision in my amblyopic eye improved to 20/25. I can read faster and drive better. I can actually track the ball in ball sports. I'm more physically coordinated. I don't get massive headaches in the afternoon after studying or working anymore.” 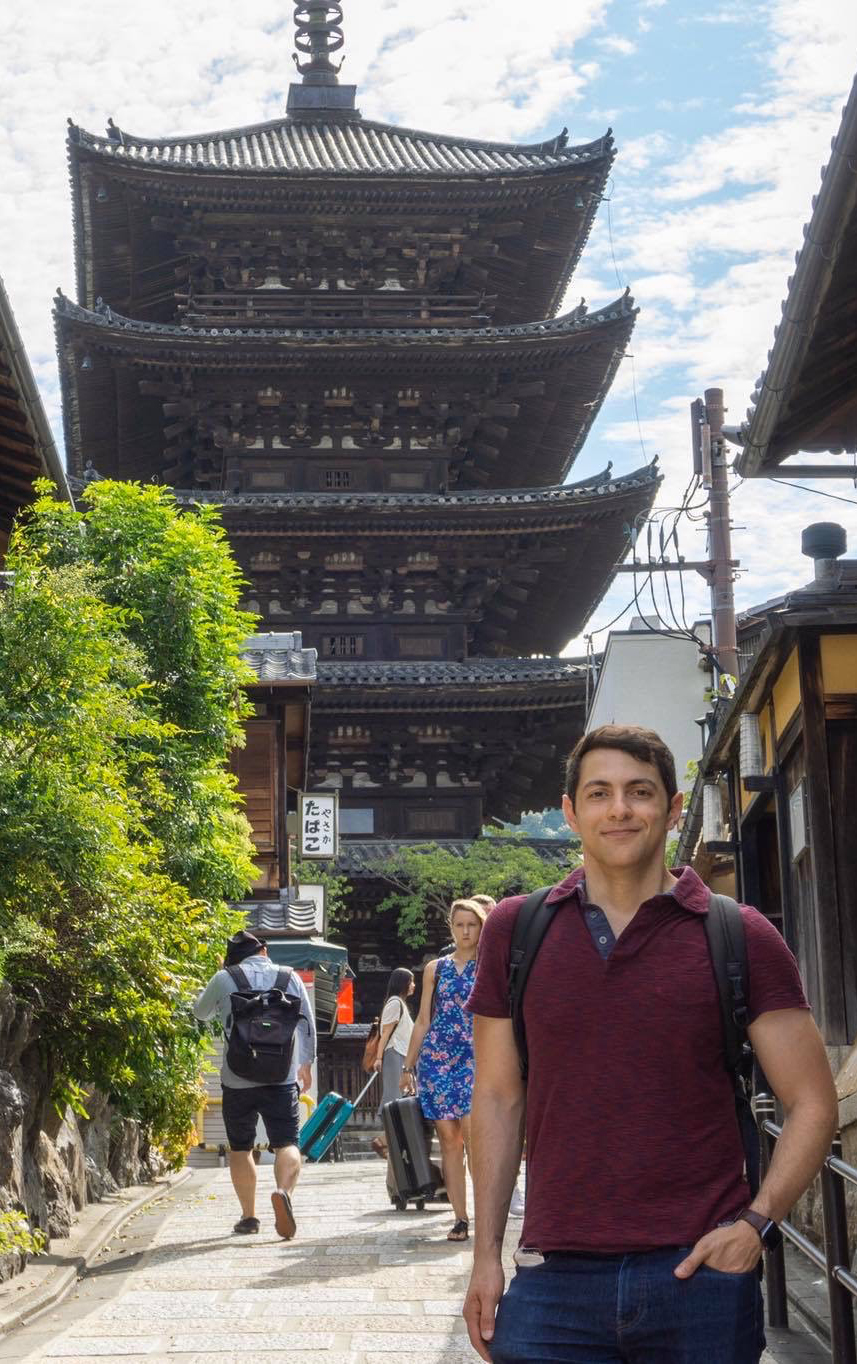 Keenan said his quality of life has improved. “The world is more beautiful now. One day while driving I noticed the beautiful fall-colored trees lining the street and how they popped out like they never had before. They had a spherical quality to them and I could sense the separation between the branches and leaves. The tree canopy undulated like waves in the ocean. Falling leaves don't just go "down" in the air, they go through it, occupying their own space along the way. Things even pop out in my peripheral vision. Now, as another car approaches me, it's not just a blurry object. It is full of depth information. I see the negative space between it and me, and any small movement closer causes my heart rate to go up. I'm not used to acutely sensing when things approach me without monocular cues. I was surprised that even my mirrors showed depth information. Unlike screens, mirrors reflect real life along with all its 3D elements. Speed limit signs stick out like a sore thumb. They jut out jarringly from a flat landscape and are more than just white squares that get larger on my approach.”

In hindsight, I was seeing the world all "wrong" before.

He also said faces look different to him now. “I can see the distance between the nose and cheeks and eyes. Depth perception adds a multiplier to facial expressions. Minor facial expressions that I might have ignored before are more readily processed in real time, because there's this extra element to them that pushes them over into the noticeable category. Large expressions are exaggerated compared to how I used to see them. Depth allows you to better see that ball flying towards you, that fleeting micro expression in someone, and that car swerving towards you instantaneously. I don't have to "think" about what I'm seeing anymore. I just see it, without delay. That's to say nothing of the corrected sense of space and overall better motor coordination. In hindsight, I was seeing the world all "wrong" before.”

Keenan said using Vivid Vision in vision therapy helps provide tangible feedback. “I like the games Breaker and Bubbles the best for that reason. I like to have feedback on how I’m doing, how I have improved.”

“Amblyopia is an ambient burden,” he said. “Your life is subtly stressful in ways that you don't even attribute to your amblyopia. When it took me forever to fill out a scantron form as a kid in school, I wondered how everyone else was going so fast. When I couldn't dance if the world depended on it, I just thought I had two left feet. When I would do laughably bad at ball sports, I assumed it just wasn’t my thing. When I would get the inevitable splitting afternoon headache, I knew it was just that time of day,” he added. He believes, however, that by appreciating the broad effects of a vision problem, people will appreciate a cure that much more.

“I would encourage anyone with a vision problem to try Vivid Vision. It’s absolutely 100 percent worth investigating to see if it will work for you.”