As part of our Vision Therapy Success Stories series, we interviewed 34 year old, Willie Baxter. Willie was told as a child that he would just have to live with having lazy eye. As an adult, Willie is now in vision therapy under the supervision of Dr. David Maze in the Chicago area and experiencing great improvement. We're following Willie through the course of his therapy program, this is Part 1 of the series.

Willie simply refused to give up on himself.

“I have amblyopia and strabismus, and at the age of 34 I have finally found the help I always wanted,” he shared. Willie uses Vivid Vision both at his optometrist’s office and at home as part of his vision therapy program. “I have to force myself to take a day off from Vivid Vision. It is making a huge difference in how I see and I want to do it all the time. The games like Ring Runner, Hoopie, Bubbles, and Breaker are fun...and they’re working.” 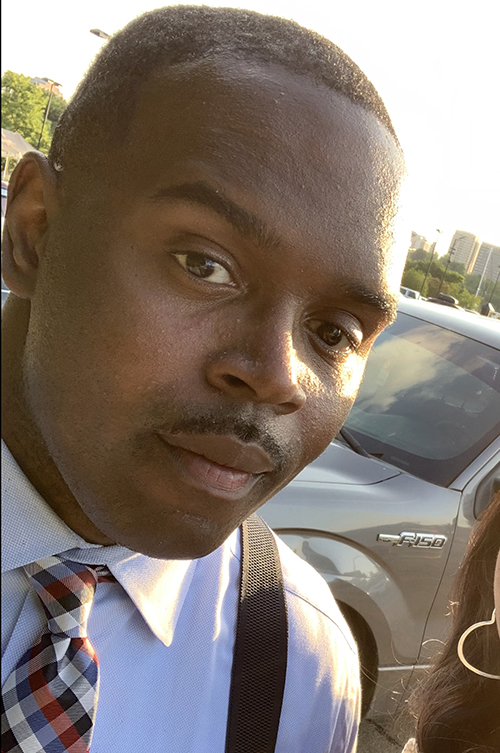 When Willie was young he was told amblyopia (lazy eye) was something that could not be corrected.

I thought I would just have to live with it. But what a lot of people don’t understand, the it – well, that’s pretty huge. It’s not just the problems with seeing but how it can be debilitating in other ways. It’s being told you aren’t smart, but knowing you love to learn. It’s enjoying music and drawing, but having test scores that paint a really sad picture.

After high school, Willie did not pursue a college education. “I did music a little bit, then focused on bible studies. The jobs I tried that required a significant amount of eye/hand coordination were ones I couldn’t keep.” But, Willie’s father kept encouraging him. “My dad told me to never give up because advances could come someday to treat my lazy eye,” he shared. When Willie was about 28 years old, he searched the internet for new treatments. He put his symptoms into Google and was directed to a YouTube video about video games for lazy eye. He did not pursue it initially due to the cost.

“After getting a new job earlier this year as a software engineer, I decided to look into it again.” He found Vivid Vision on the internet and their doctor locator on the website led him to Dr. David Maze in Chicago. “Dr. Maze did a series of tests. I automatically assumed the results would be bad based on my past experiences, but he said, ‘Let’s focus on the positives.’ It turns out I have a very strong ability to process information,” he said with a laugh.

Because of Sue Barry, I wanted to try a Brock String right away.

Dr. Maze shared success story books with Willie such as Dr. Susan Barry’s Fixing My Gaze and Robin Benoit’s, Jillian’s Story. “Those books are so inspiring and made me even more determined not to quit. Because of Sue Barry, I wanted to try a Brock String right away.”

He is now 13-months into his vision therapy program and says, “It’s absolutely amazing. I’m not gaining something I lost. I’m gaining something I never had.” He has not achieved stable stereopsis (3D vision) yet, but he has had glimpses of it. “One day I looked at my hand and it looked humongous,” he laughed. “My visual field is expanding and I am aware that trees and buildings seem to be covering more space. It’s like a movie screen just doubled in size.”